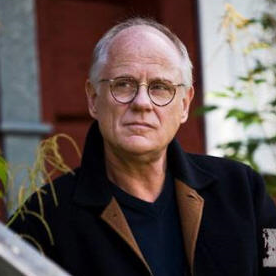 Ben was born in Gothenburg, Sweden, in 1950. He enjoyed a particularly happy childhood. His family, though, was singularly intolerant of music. In a period of pure teenage rebellion Ben started to play the guitar just to upset his parents.

Once when his father came upon Ben practicing on his guitar, he roared at him, Why in tarnation cant you be out chasing girls like the other guys, instead of sitting here fondling that scratch-box?!

Ben found out, though, that his paternal grandfather had been a cantor, and had been talented. Armed with this knowledge, Ben vowed to revive the family musical tradition just to teach his parents a lesson. In his late teens he was always out playing in some kind of musical event  an enthusiastic ballad singer.

The last decade has seen Ben develop from a pure singer/songwriter to a more teatrical performer with acting, music, pictures and speech. His historical knowledge and interest has now found a platform for a bigger audience. His shows and performances has drawn great attention in media, both in Sweden and abroad. One of the most recognized is the performance about Raoul Wallenberg, which also lies very close to Ben's heart.

Meet Ben Olander, the artist that dare to go his own way!